With its magnificent architecture, legendary cultural attractions and unrivalled place in history, Athens blends the classical and the contemporary and boasts some of the world’s oldest landmarks.

With its magnificent architecture, legendary cultural attractions and unparalleled place in history, the Greek capital continues to captivate. The city blends the classical and the contemporary and boasts some of the world’s oldest landmarks.

The Acropolis
No visit to Athens is complete without a journey through the acropolis – the sacred rock of Athens. Acropolis Hill dates back to the Archaic period (650–480 BC), when precious offerings were made to honour the city’s patron goddess, Athena Parthenos. During the Classical period (450–330 BC) three temples were erected on the site: the Parthenon, the Temple of Athena Nike and the Erechtheion, along with the monumental entrance called the propylaea. Today, the temple ruins still command the city landscape.

Ancient legends
Near the acropolis is the Hill of the Muses (Philopappou Hill), where philosopher Socrates was sentenced to death for his anti-democratic views and advanced ideas on youth and religion. Socrates was ordered to take his life by his own hand by drinking a cup of hemlock in accordance to Athenian law. In Horologion, known as the Tower of the Winds, listen closely for the voices some say speak from an ancient time.

A Roman legacy
In what was the ancient walled quarter of Athens, you’ll also discover the striking Hadrian’s Arch, a gift from the Athenians to the Roman emperor Hadrian. The marble arch, inaugurated by Hadrian in 131AD, lies on an ancient street that led from the old city of Athens to the new Roman section he built.

The Temple of Olympian Zeus
The ancient temple is now in ruins in the centre of Athens. Although begun in the 6th Century BC, it was not completed until the reign of the emperor Hadrian in the 2nd Century AD, when it became the largest temple in Greece.

Hadrian dedicated the temple to Zeus, known to the Romans as Jupiter, to the king of the gods. He erected a giant gold and ivory statue of Zeus and placed an equally large one of himself next to it.

It is not known when the building was destroyed but, like many large buildings in Greece, an earthquake probably brought it down during the mediaeval period.

Ancient in setting, modern in feel
Athens’ historic appeal is well balanced with its modern and sophisticated restaurants, shops and colourful outdoor markets. The Plaka is a lively shopping district at the foot of the acropolis, dating back to the 19th Century. Here you’ll find a maze of cobblestone pedestrian streets lined with shops, boutiques, souvenir stands and antique flea market stalls that beckon to all who visit.

Picture caption: No visit to Athens is complete without a trip to the Parthenon.

DIY & Home Improvement: Everything you wanted to know about cordless... 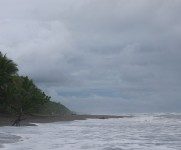