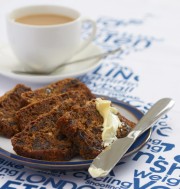 Olympic athletes know that delivering their best performance depends not only on putting in hours of training, but also on eating the right things. Let’s take a leaf out of their book!

Whether you are a keen sportsperson or an armchair athlete, this year’s London Olympic Games will be a great source of inspiration if you’re looking to try your hand at a new sport or go back to one you’ve given up in the past.

Sitting in front of the TV – or at the Games if you were lucky enough to get tickets – you can’t help but marvel at and be inspired by the energy and athleticism of the Olympic athletes, whatever their sport.

What an athlete eats is just as important as all the hours of training so the Flour Advisory Bureau has got together with sports dietitian and nutrition consultant Jane Griffin to share some of the healthy eating tips from top athletes.

Jane says: “While you sit watching the Olympics, think about what those athletes have put into their bodies and think what you put into yours. Use the Olympics to make some simple changes – try to exercise more and eat more healthily – but don’t lose the enjoyment factor.

“If you’re on a budget you’ll be pleased to hear that many of the foods that nutritionists like me recommend for a healthy balanced diet, like beans and pulses and starchy carbohydrates like bread, pasta and rice, are excellent value for money as well as being nutritious.”

The most important nutrient for sporting performance is carbohydrate – the primary fuel for muscle contraction. The body can only store a limited amount of carbohydrate and athletes therefore need to ensure their diet contains enough carbohydrate to meet their daily needs and that the refuelling process begins as soon as possible after training/competition finishes. If an athlete does not consume enough carbohydrate they suffer fatigue, put in poor performances and put themselves at greater risk of injury.

Jane says moderation is the word with the emphasis on moderate to high carbohydrate, and moderate protein as low in fat as possible without losing flavour and acceptability.

One of the many legacies of the Olympics will, it is hoped, be the inspiration left by the competing athletes for the rest of the population to be inspired to become more physically active.

Perhaps this will mean taking up a new sport, reviving a sport once played and enjoyed some years ago or signing up for a fun run, 10k, half marathon or marathon – be it walking, jogging or running.

By following Jane’s healthy eating advice and combining it with a new exercise programme it’s possible for us all to reach our personal best! 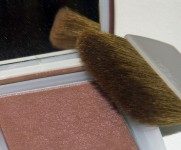 6 questions to ask when taking your business online