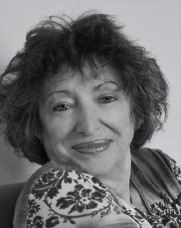 Follow the remarkable story of Dorit Oliver-Wolff, who, at the age of four, was singing for the next king of Yugoslavia, found herself on the run from Nazis by six, was stateless in the immediate post war years, only to then be discovered by a talent scout, where her real story begins. A fascinating, impossible to put down read.

It goes without saying that the macro histories of the years running up to, during, and immediately after World War II, are well-documented. We all know the fundamentals of what happened, how, and why; the resulting devastation is understood, as is the effort to rebuild a Europe torn apart by racial theories and conflict, along with the divisions that emerged thereafter.

Yet the personal tales of these dark, horrifying days will never be fully told. After all, so many millions perished under the iron fist of fascism, the British-American and Soviet fightback, meaning so many perspectives and memories are lost to the sands of time. As such whenever a memoir directly dealing with this era surfaces, it’s impossible not to feel drawn to its pages.

“It’s not that I want to remember, it is simply that I cannot forget,” explains Dorit Oliver-Wolff of her autobiographical yarn, From Yellow Star to Pop Star. A story that looks at her transition from four year old singing in front of the man who would be the next king of Yugoslavia, to refugee Jew fleeing Nazi persecution just two years later, it’s a fitting summary of exactly why this publication exists- and the relevance of that quotes extends far beyond the war time chapters of the book itself.

Perhaps against the odds, seen as so many others were rounded by up the occupying Germans and sent off to their deaths by way of concentration camps, the author managed to survive, but would then find herself in another, less life-threatening, but nevertheless troubling predicament. Like so many others that made it out alive, she was left without papers, technically stateless, and therefore incapable of travelling. Answering the age-old question: ‘What would you do?’- she did the only thing anyone in her precise position could.

Soon on the road again as part of an entertainment troupe, singing and dancing her way across borders in seedy nightclubs after dark, whilst doing her best to study during the daylight hours, it’s only when an astute talent scout hears and sees her potential that the real story begins- leaving behind the traumas to become a bonafide European pop star. A yarn so impossible to imagine it could only ever be true, it makes for a genuine page turner, and one that’s now all the more important thanks to the current blight of refugees in Europe, and across the world.

DIY and Home Improvement – A nation of cooks needs a...