The world is a very different place to what it was even just 50 years ago. Our cities are bigger than they have been at any point in history, and with that an alarming problem has emerged- space. Or, more specifically, lack thereof.

Here in the UK we are far from the planet’s most urbanised population. In fact, according to World Urbanization Prospects 2011’s league table, we barely made it into the top 40. Nevertheless, the sprawling streets of London, Birmingham, and Manchester, amongst other major hubs, act as magnets, luring people in thanks to job prospects, booming entertainment and nightlife economies, cultural assets and better transport links.

Sadly, though, with increasing populations comes the issue of where to put all those residents. Casting an eye out onto the skyline of any successful city in the country reveals a myriad of cranes and high rise apartment blocks, none of which offer the same amount of room for inhabitants as the town houses of yesteryear. In short, we’re living in ever-smaller spaces, and as such innovative and intelligent interior design has never been more important.

The bathroom is often one of the first victims of this need to downsize. The vast majority of flats in Britain today don’t technically have a bathroom at all, in fact, but rather a small area complete with sink, toilet and shower, void of that which would make it a bathroom- the bath. But, even if you can live without soaking in the tub, nobody wants to feel cramped when they’re making themselves look beautiful. So how can we maximise the amount of space we perceive to be around us, without physically extending that space?

One simple and effective idea is to look at mirrors. Once nothing more than an everyday essential that allowed us to check and perfect our appearance, today the humble mirror can be both a window into a tardis- giving a sense of depth where we may be lacking room- but also a multi-functional tool that can help save space elsewhere. Wall mounted mirrors cabinets or shelves can help reduce clutter, whilst delivering on storage and the illusion of roominess. Heated mirrors could supplement or even replace the need for bulky radiators. Comparatively cheap up against the prospect of ripping the bathroom out entirely and starting afresh, in today’s tightly packed world these solutions are more than worth considering. 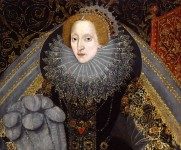 Beautiful hair – whatever your age 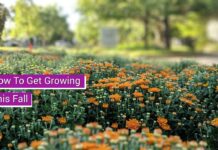 Get growing this fall gardening season

DIY & Home Improvement: With or without Brexit best learn some...