The economic turmoil in Greece is set to pay off for tourists as hotel and property owners slash prices in Kefalonia, making it an exotic escape at affordable prices.

The tourism industry initiative seeks to bolster visitor numbers to the Mediterranean island and breathe some life into the country’s economy as it tries to recover from the worst fiscal crisis in decades.

The largest of the Ionion Islands in Western Greece, the island’s name is thought to stem from the Greek mythology figure Cephalus. This altered over the years and is now thought to refer to its unusual head-shaped coastline which derives from Ciphalis, the Greek for head.

But few holiday-makers bothered to consider a break on this beautiful island before the release of Hollywood blockbuster Captain Correlli’s Mandolin about a forbidden love affair set against the stunning landscapes.

Film fans from all over the world flocked to see the wonders of the island for themselves yet it remains an unspoilt, tranquil destination which offers a fantastic holiday experience with something for everyone – from family beach holidays to romantic dream breaks.

The island’s scenery is very different to that of the other Greek islands, even though Corfu and Zante are so close neither manages to provide the same ambience. Lush green fir-capped mountains reach high up into the clear sunny sky, picturesque headlands, watery inlets, golden bays and fantastic beaches spread around the island.

In fact, wherever you stay you will never be far from a one of the best beaches in the Mediterranean and all have the most clear blue water imaginable. It is particularly well known as a romantic destination and is therefore popular with couples. This is complemented perfectly by the vast array of villas and boutique hotels and as resorts are often of a smaller scale, they offer a more relaxing ambience that many other sunspots.

The most popular and bustling holiday resorts are based in Lassi, near the capital of Argastoli and in Skala in the south. They are certainly the busiest resorts and are well worth a visit, especially if you have children in your party as they boast some of the best beaches in Europe.

While the island is fairly large in size it actually has a particularly small and condensed population of just 45,000 inhabitants with roughly one third of those being in and around the capital. The second largest Kefalonian settlement is located in Lixouri, just north of the capital.

In a bid to contribute to the tourism initiative, Kefalonia tourism website www.kefalonia.co.uk has launched a new search feature to help users find the best value package holidays available on the island in collaboration with Thomson Holidays. They’ve also prepared a comprehensive list of over 70 hotels and villas and 12 resorts that offer the best of Kefalonia experience for the best prices.

Managing director Russell Beech says: “We were not sure what to expect this year but tourists do not seem to have been put off by Greece’s finance worries. Holiday prices have dropped slightly making Kefalonia a great choice for families on a budget.” 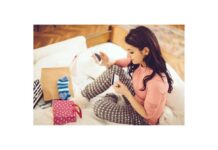 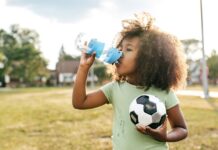 SHORT HAUL TRAVEL- 5 things you need to know about Reykjavik