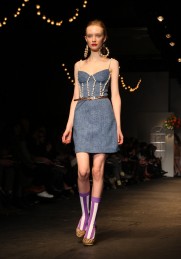 The tide is definitely turning against the use of very young, very skinny models as Brits cast aside unrealistic aspirations and open their minds to the natural look.

The tide is definitely turning against the use of very young, very skinny models as Brits cast aside unrealistic aspirations and open their minds to the natural look.

There is strong public consensus with 80% of Brits saying fashion designers should not be allowed to use under 16s on the catwalk, and an equal number wanting to see an end to size zero models on the runway, according to the latest YouGov poll.

Interestingly, almost eight out of 10 people feel that designers would actually help, rather than hinder, their business by using more average-sized women in fashion shows.

Debates surrounding the size and ages of models appearing on the global catwalks are as frequent as the shows themselves, with proposals to ban models aged under 16 and those below a certain Body Mass Index (BMI) regularly suggested as a way to legislate the controversial industry.

At this year’s New York Fashion Week, the Council of Fashion Designers of America  tried to limit models to those aged over 16, while in 2006 Madrid Fashion Week organisers controversially banned models from the catwalk if their BMI dropped below 18 – the lowest “normal” limit.

But while models under 16 were officially banned in the capital in 2007,  London has still to make any moves towards setting a weight or size limit for catwalk models, with many designers adding fuel to the debate by still reportedly refusing to showcase their clothes on models even slightly closer to the UK average size 16.

A report published last year also suggested that “too-large” women on the catwalk wouldn’t necessarily promote a healthier body image than continuing to use their “too-slim” colleagues.

The YouGov survey, conducted in the run-up to Milan and Paris Fashion Weeks, echoes the findings of ITV morning show Lorraine‘s search for the UK’s most naturally beautiful people, known as the ‘Lorraine: Naked’ competition.

Kate Middleton – the Duchess of Cambridge – was named the most naturally beautiful female British female celebrity, gaining 33% of votes from the 1,752 viewers who took part and coming out streets ahead of her closest rivals, This Morning host Holly Willoughby, Harry Potter star Emma Watson and her own sister Pippa, who drew 17, 16 and 15% of the votes respectively. 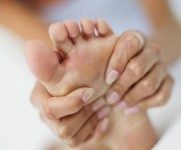 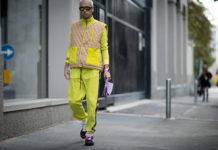