They say there are two fundamental people-types in the world- you’re either glass half-empty, or glass half-full. But what if the difference could actually impact on your physical health?

They say there are two fundamental people-types in the world. You’re either glass half-empty, or glass half-full.

Recently there has been plenty said about the merits of being ‘half full’- apparently wealthy people gravitate towards positive people, and avoid those that err on the side of pessimism. Whether that’s true or not, we’re sure there will be a few figures out there to prove that the majority of the public would prefer not to spend an afternoon with someone who is just plain miserable and not much fun at all. But have you ever wondered whether a negative attitude is actually bad for your health?

Nope, can’t say we did, either. That is until reading about a study in the American Journal of Epidemiology, which says that if we look towards the future as a positive thing we’re more likely to boost our physical health. Or at least this seems to be true for women. More than 70,000 were surveyed, and it was found that optimists were less likely to contract potentially fatal conditions like cancers, heart disease, and lung problems, or suffer strokes. Quite the claim, in some ways the reason behind this is pretty self-explanatory.

Positive people are statistically more likely to be active, rather than sedentary, and this means getting more exercise on the whole. However, experts are becoming increasingly sure that the positive attitude in itself is important for overall health, too, which is interesting to say the least, but certainly poses one problem in today’s international climate. With so much negativity in the press overall, is it going to be that easy to maintain a sunny disposition with talk of World War III, climate change, and globalised economic catastrophe rarely far from the agenda?

HEALTH- Reasons for a better you: £11billion of NHS costs down to poor lifestyle 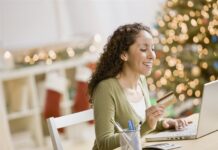