HEALTH- Why a healthy you may not be all about moderation

Don’t overdo it, or so the saying goes. But at what point do we start distinguishing between moderate and problem intake?

Don’t overdo it, or so the saying goes. But at what point do we start distinguishing between moderate and problem intake?

There are obvious extremes, particularly at one end- addiction. But what harm are we doing to ourselves even when we think our intake of cigarettes, alcohol and other toxins is moderate or light? According to one new study the answer could be a very uncomfortable truth for the social smokers and drinkers of this world.

In December 2016 the journal JAMA Internal Medicine published facts and figures that people should probably take note of. The authors, from America’s National Cancer Institute and the FDA, reviewed all-cause mortality data for almost 300,000 people aged between 59 and 82, and found that even those who smoked ten cigarettes or less per day, AKA the ‘light smoker’, had a substantially higher risk of premature death.

That may not be so shocking, but stick with it. If you consistently smoke less than one cigarette per day, but still smoke sometimes, then you still have a 64% higher risk of early death. Focusing down on the most infamous, lung cancer, and less than one cigarette per day equates to a nine fold increase in the risk of dying from the disease compared with those who have never smoked.

Alcohol doesn’t get away completely unblemished, either. The American College of Cardiology has found that people who drink modestly- seven standard drinks per week for women and 14 for men- have a higher risk of contracting an irregular heartbeat, or atrial fibrillation. However, counterpoints to this are several other studies that suggest a moderate weekly alcohol intake can actually have cardiovascular benefits, so it is difficult to know what to believe, horrors of smoking aside. Nevertheless, to err on the side of caution would be to exercise a very conservative approach to the definition of ‘moderation’.

Tune up your skin with toner 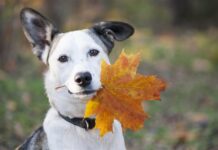 HEALTH- 3 ways to keep that better you in autumn (and...