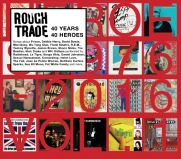 Prince, The Beatles, Debbie Harry, Philip Glass, David Bowie, Nick Drake, Frank Sinatra, Morrissey… one of the UK’s finest labels and record stores presents no less than 40 tracks inspired by musical greats, made by everyone from Radiohead and Cabaret Voltaire, to Mogwai and The Brian Jonestown Massacre.

Prince, The Beatles, Debbie Harry, Philip Glass, David Bowie, Nick Drake, Frank Sinatra, Morrissey… the musical legends referenced on the sleeve notes for this expansive compilation from one of the UK’s most revered record stores and labels is long and distinguished. Things aren’t as they appear, though.

Rather than a selection of tracks from a veritable who’s who of greats, instead we’re given  40 songs about those greats, some by acts you’ve heard from before, some by acts you probably haven’t. Or at least we hadn’t until this gem landed on our laps.

Genre wise you couldn’t ask for more variation, but this being a crate diggers endeavour it’s all of an impressively high standard. Cabaret Voltaire offer up James Brown, a sleazy, e-funk workout that’s immediately infectious. As are it’s electronic counterparts, We Want Prince by Sexual Harrassment and Miss Kittin & The Hacker’s Frank Sinatra. Both of which are curveballs of sorts within the overall running order.

The Brian Jonestown Massacre, and (David Bowie I Love You) Since I Was Six, Robyn Hitchcock’s I Saw Nick Drake, and Songs Ohia’s Steve Albini Blues represent the breadth at the more tender end of g-tar work. Meanwhile, it all sounds decidedly more upbeat in the case of original punk by Peter & The Test Tube Babies (Elvis Is Dead), Psychic TV’s more lighthearted but no less uptempo Godstar, or the hilarious but heavy Lighten Up, Morrissey by Sparks. All of which is before we mention moodier cult rock from the likes of Mogwai and Radiohead. Impossible to summarise, as you might have noticed, this is exactly the sort of release you’ll be returning to for months. 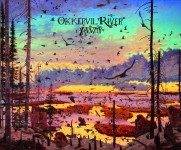 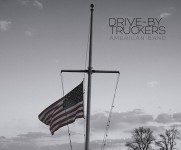 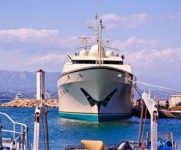 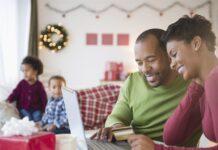