Shopping trends are changing, with shoppers being increasingly influenced by feedback on social networking sites and micro-blogging websites when making purchases.

The much-heralded Facebook shares sale evidenced the huge market of consumers that business are anxious to tap into.

While adverts to try and draw shoppers in are comparatively subtle, Facebook’s share of the social networking market is an obvious draw to retailers who want to capitalise on their members’ loyalty.

But shopping trends have changed considerably in recent years and the rise of social networking has virtually eliminated the social aspect of shopping.

However, sharing tips, special offers and recommendations is as much as part of shopping as sharing the joy of getting a bargain so it’s inevitable that we adapt our new networks to reflect that.

In fact new research is predicting that a next generation social shopper is expected to emerge as a force to be reckoned with by 2021.

The study by Barclays shows 41% of UK shoppers are expected to be influenced by social media in making purchases.

Amongst 25-34 year olds this figure is much higher with nearly half already engaging in s-commerce – and is expected to jump to 73%.

Around 70% of online shoppers are already active users of social platforms but the number of social shoppers is set to grow further as social micro-blogging websites, such as Facebook, Twitter and Pinterest increasingly blur the boundaries between retail channels in the same way mobile technology has done.

However, where social media is really coming in to its own is as an influencer and multi-channel integrator rather than a direct sales channel.

Users are receptive to new ideas, suggestions and recommendations when on social networking sites but are not actively looking to buy anything.

The retailers enjoying the greatest uplift in sales as a result of social media’s increasing influence are fashion, footwear, music, film and groceries.

Richard Lowe, Head of Retail & Wholesale at Barclays, says: “Shopping has always been a social activity right back to the days when people bartered rather than paid for goods. It wasn’t until the arrival of e-commerce that the social aspect of shopping was removed.

“For most consumers the social element is fundamental – shopping is a leisure activity in the British psyche – so being able to reintroduce this aspect into the online purchasing process is a powerful tool for retailers.

“When someone you know and trusts makes a recommendation it’s extremely powerful and we’ve seen that the social shopper isn’t afraid to express online how much they want, love or dislike a product or service.

“This in turn creates a feedback loop on a product or brand. As more people post reviews, more people read them and, in turn, they give their own feedback which is picked up by a new group of consumers. Retailers should be exploring ways to tap into these communities in order to create more personalised shopping experiences.” 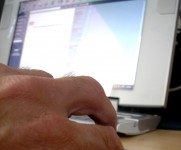