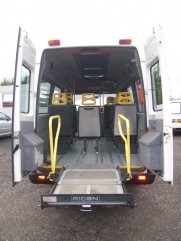 Disabled Motoring UK is gearing up to campaign for a change in the law that will improve the safety of wheelchair accessible vehicles.

The charity believes it is a moral and human right for people who travel in a wheelchair to be able to purchase a converted vehicle that has been properly tested and is a safe as the original car.

The No Compromises! campaign urges buyers of wheelchair accessible cars to demand sled testing certificates – the only way to check a vehicle is as safe as possible.&nbsp;

The campaign also seeks to change legislation so that only sled tested vehicles can be sold in Britain.&nbsp;

The charity launched the initiative after finding that up to 50% of converted cars which have passed so-called safety examinations had in fact failed the sled test.

This is similar to the crash testing seen on TV where a dummy is strapped into a wheelchair within the car and then put through head-on collisions to check that both the belts and fixings are strong enough to withstand an accident and keep the wheelchair user secure.

Testing is vital after a vehicle is converted to become wheelchair accessible it is a complex process involving significant structural changes, like lowering the floor. If this is not done properly – carried out by experts – the car may be unsafe, leading to injury and loss of life.

Disabled Motoring UK’s director of policy and campaigns, Helen Dolphin, says: “It is amazing that vehicles are being sold that may not be safe for the drivers and their disabled passengers and we feel strongly that this must stop.

“We will be calling on the Government to change legislation so that people don’t unknowingly purchase unsafe vehicles. Alongside this we will be educating people to make sure they ask the right questions before purchasing a converted car.”

David Constable, of Constables Mobility which is supporting the campaign, explains: “People who travel in wheelchairs have a right to a vehicle that has been properly tested so they are as safe as possible in the event of an accident.

“I strongly believe that all companies who convert cars should only be allowed to sell them if they have been successfully tested after conversion – including being sled tested – so the vehicle meets and exceeds the latest European safety standards. It’s a moral and human right to have a car that has been converted safely.”

From April this year, wheelchair accessible vehicles have to meet both the European standard for the car before it is converted and pass additional tests afterwards. However, not every conversion will have passed the same tests and it doesn’t guarantee that sled testing has been carried out. The simple way to check whether a new car meets these standards is to ask to see its certification. Sled tested vehicles will have an ECWVTA.M1 certificate but it is essential to check that the certificate is for the conversion and not the original car. 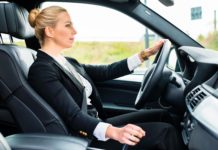 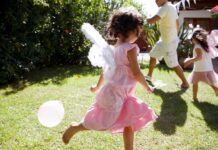 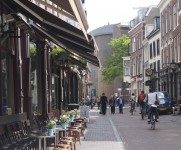 SHORT HAUL TRAVEL- 5 reasons to make Utrecht your next city...