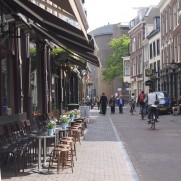 With centuries worth in history, excellent cuisine and a laidback approach to big city life it pays to look beyond Amsterdam and Rotterdam when eyeing up a Dutch mini-adventure.

When most people think about visiting the Netherlands certain images come to mind. The historic canal side buildings of the capital, Amsterdam. The Hague, with its coastal views and regal boulevards. Vast swathes of flat countryside playing host to endless fields of tulips. The towering skyline and port bustle of Rotterdam.

In comparison, Utrecht is rarely considered as a destination in its own right. Which is ridiculous, considering its proximity to Schipol Airport, and its status as one of the coolest cities in the European lowlands, in part thanks to its creative heritage, not to mention the ever-growing student population at the city’s universities. From fantastic food, to cutting edge clubs, aeon-spanning buildings to modernist architectural experiments, here are five reasons you should bypass the rest and instead make a beeline for this unsung gem.

The city is beautiful

OK, so Utrecht has plenty of 21st Century going on, but it’s also one of the oldest and best-preserved towns in the Netherlands, with many streets boasting addresses that date way back to the High Middle Ages. This is also the religious centre of the country, as has been the case since the 8th Century, which brings us to point number two.

The cathedral alone is worth a visit

Dom Tower can be seen from all over town. The tallest church in the Netherlands, it extends 112.5metres, sits on the site where the city is supposed to have been founded, and allows visitors to climb the somewhat exhausting 465 steps to the summit. Once there you are guaranteed a breathtaking panorama that extends well beyond the city and into neighbouring and distant towns, if you have any puff left.

Stadskasteel Oudaen was first built as a medieval defensive tower house, but is now the sort of place where you can easily let your guard down. Inside the stunning structure you’ll find a brewery, which produces more than 60,000 litres per year, and a bar-restaurant, where every single one of those litres is drunk. Beware the doubbel and trippel- that’s when things start to get a little hazy.

All life is here

You will not be disappointed when looking for a little urban chic. WT Urban Cafe &amp; Kitchen is a first class eatery situated at the top of an old water tower, the views are incredible. On the streets below, there are abundant hip coffee shops and bars. The Louis Hartlooper Complex and ‘t Hoogt offer arthouse film and visual culture. After dark the club scene kicks into life, and could rival anywhere, with venues like BASIS amongst the continent’s most respected.

It would be a shame not to see Schroederhaus

Completed in 1924, this aesthetic anomaly is basically an experimental home situated in a quiet residential neighbourhood not too far from WT Urban Cafe. With its position chosen for tranquility (originally it backed onto fields), the main draw is the cubist design and clinical, uncluttered interior. Complete with walls that slide to create new rooms, windows that make and break corners and a strict colour scheme, it’s an international design icon that must be seen to be fully understood. Thankfully, tours are available. 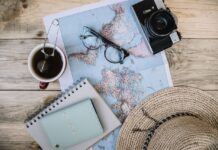 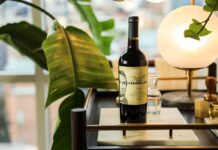