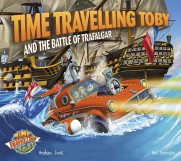 The trouble with educational books for tots is that most kids would prefer to watch the adventures of some action or super hero than delve into the pages of something that’s actually going to improve their knowledge. That is, unless you don’t tell them the particular yarn is actually going to give them a better understanding of whatever the subject is.

Or, as is the case with this month’s most anticipated children’s story, those pages are so colourful and attractive, with the tale so utterly irresistible, they really can’t say no. Introducing Time Travelling Toby then, a relatively new character on the (very) young readers’ scene, which could well be a saving grace for parents across the country, and indeed the globe. His first outing focused on the Battle of Britain, and now he’s back in an all-new adventure that looks at another defining moment in the history of our fair nation.

As the title implies, Toby is blessed with the ability to wander between decades and centuries, showing little minds what happened in those times and why it’s important for them to know those facts. This time round, in Time Travelling Toby and The Battle of Trafalgar , we venture back to 1805, where the eponymous protagonist divulges a little information about events leading up to and during a hard-fought conflict that very nearly brought an end to the UK’s independence from its enemies across the Channel and eastern Atlantic.

Just in case history wasn’t your strongest point, the Battle of Trafalgar saw the legendary national hero Admiral Horatio Nelson lead an outnumbered band of British ships into naval warfare against the marauding and would-be invading French and Spanish fleets. We’re given an account of the situation that unfolded, with the information contained in this fun learning book also including the details of HMS Victory, Popham flag signals and Admiral Villeneuve. The result is a mine of facts, stats and more, that should stand pre-schoolers in good stead for the process of learning and understanding the events that have taken place in British history that will follow once they are enrolled in full-time education. In short then, a great and more-than-useful addition to your toddler’s bookshelf, that’s also seriously charming. 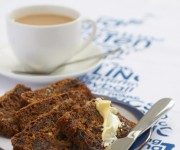 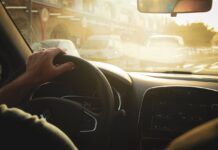