A group of tiny rocks in the Atlantic, a stone’s throw from the North West African coast, Gran Canaria, Lanzarote, La Graciosa, La Gomera, and La Palma are blessed with a wonderfully warm year-round climate, don’t suffer the same ferocious weather systems as many tropical winter sun destinations can, and have long been at the end of direct flights from the most U.K. airports.&nbsp;

Ideal options for those after heat, beaches, and excellent fish, whilst all this may be quite obvious here are five other things you probably didn’t know about the Canary Islands.&nbsp;

Canaries have nothing to do with it

The name ‘canary’ couldn’t be less connected with the little yellow birds if it tried. In fact, ‘canaria’ comes from the Latin word for ‘dog’, with one age-old yarn suggesting that the first European settlers arrived to find large K9s inhabiting the island, hence the Christening. More likely, though, is that Romans named seals ‘sea dogs’, and these islands used to be home to a large population of the mammals, with the rest now history.&nbsp;

The highest point in Spain is here

When people talk about the Spanish mountains they immediately think of the Pyrenees range, separating Spain from France. That may be true for the mainland, but in fact the highest peak in all of Spain’s territories is on Tenerife. El Teide stretches up 3,718m, towering above the tiny island to offer panoramic views and some incredible climbing challenges. You’ll also find the largest collection of astronomical telescopes in the world here too, just in case stargazing takes your fancy.&nbsp;

Perhaps not the proudest moment in the region’s history, Francisco Franco was the General Commandant of the Canaries, stationed in Las Palmas, Gran Canaria. From there he began devising the revolution that would see mainland Spain descend into civil war, dividing a nation and leaving behind a legacy of heartache, bloodshed and ruthless battles.&nbsp;

There’s a little bit of the Canaries in Texas

The city of San Antonio, Texas, famous for the Alamo amongst other things (including the Spurs basketball team) was actually founded by people from the Canary Islands, who would go on to fight shoulder to shoulder with luminaries such as Jim Bowie and Davy Crocket. Incidentally (or not), Sao Paulo, Brazil, was also founded by someone from Tenerife. Perhaps ironically, both San Antonio and Sao Paulo are now individually (far) more populated than all the Canary Islands combined.&nbsp;

La Gomera is home to a particularly curious language known as Silbo Gomero, which involves whistling rather that actually speaking words. In the 20th Century, as radio and telecommunications grew in popularity and accessibility, the musical dialect was in danger of dying out completely, so the local government introduced lessons in schools. As of 2009 it was on the UNESCO list as a ‘Masterpiece of the Oral and Intangible Heritage of Humanity’. No, we didn’t know that list existed either. 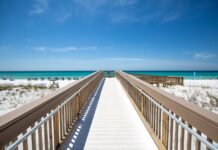