Many workers are spending time on Facebook and Twitter instead of doing the work they’re being paid to do; the average Brit spends 7.5 hours per week on social networks during working hours.

If you work in an office, use a work laptop or mobile phone, the chances are you’ll have done it.

Most of us have sneakily logged on to our social networking accounts when we should be working believing that a few minutes checking the latest posts hardly matter.

But now new research has revealed that UK adults spend more time on social networks at work than they do at home – meaning many British companies could be paying their workers to go on Facebook, Twitter and other sites.

The study was carried out by money-saving website VoucherCodesPro, after the team decided to examine internet usage and habits after noticing a high amount of traffic between 9am and 5pm, Monday-Friday, when people should be working.
Of more than 1,000 full-time workers asked to select their working pattern, the majority – 69% – said they worked Monday-Friday from around 9am to 5pm.

They were asked to estimate how many hours, per week, they spent on social networks such as Facebook and Twitter when they were supposed to be working; either through a laptop or their mobile phone. This wasn’t to include in lunch breaks or in their own allocated free time during the working day.

The average Brit in full time employment admitted to spending up to 1.5 hours per day on social network sites whilst they were supposed to be working; or 7.5 hours per week, which in most cases is an entire working day. The most common times for switching on to social networks at work was between 10am and 11am and 3pm and 4pm.

Of all the respondents that did admit to spending more time on social networks when they should have been working, 46% blamed “ease of discreet access” through phones and on their computers as the main reason.

George Charles, MD of VoucherCodesPro, says: “Particularly for those with office-based jobs, it’s not difficult to see why they might get tempted to access their social network profiles when they should be working. Especially with the introduction of things like Tweet Deck and Facebook’s push notifications, it’s actually harder than ever to switch off.

“What employees do need to be careful of is their boss finding out they aren’t working when they thought they were. Perhaps it’s best to leave social networking for lunch breaks and after work!”

Replenish your skin with lost vitamins 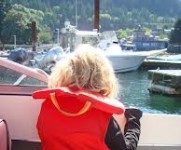